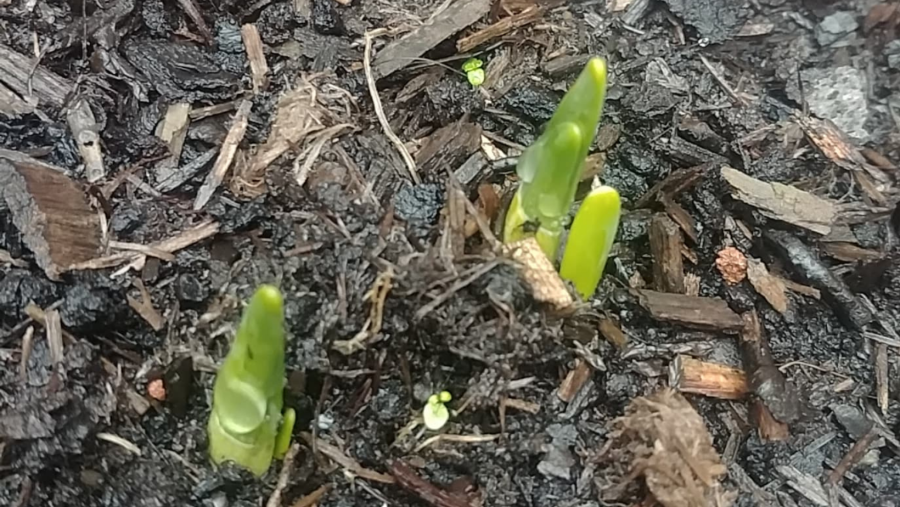 Across cultures and continents humans have broken up our time around the sun into different holidays and feasts for millenia. Some of them have survived and evolved into huge global holidays celebrated in ways our ancestors couldn’t dream of, and some of them have only the barest thread extending into the 21st century,

Imbolc is a Gaelic traditional festival that marks the beginning of spring, in Ireland it is also the feast day of St Brigid. Taking place between winter solstice and spring solstice, which would be between 31st January and 2nd February, the festival was a celebration of the quickening of springtime and the lengthening of days. Fire and candles were often an important part of the rituals associated with it because they represented the return of the sun.

It is easy to see the importance that this festival would have had to agriculture based communities, but just because we are removed from those working realities ourselves doesn’t mean that we won’t benefit from pausing to acknowledge what the day represents. January can be a long hard month for people, especially during lockdown, with cold grey skies and bitter mornings. Imbolc is a day that invites us to look for the signs of new life pushing through the darkness and prepare our earth and our lives for the year ahead. One ritual that does this has persisted into the present day, we call it ‘spring cleaning’.

There is so much we can learn from the cultures we have become disconnected from. Cultures connected to the land understood that human beings are part of nature, not separate from it, and as such our lives go through cycles of change that are impacted by the natural environment. I’m acknowledging this festival and time of the year in simple ways

Taking those simple things and doing them consciously, helping them to become ritual, has already mentally helped me to process that the bleakness of January is behind me. Instead of expecting my work to be at summer levels of abundance, I’m reminding myself that now is a time for planning and preparation.

Light and life are coming.

Fried sage is one of my favourite things right now. Having herbs in the garden makes it really easily jazz up a meal and the butternut squash risotto was so good because of it 🙌
Tomato Tuesday! This year was a big improvement on last year for tomatoes in my garden, probably because there was more sunshine and heat. As summer ends it becomes a bit of a race against time to have the fruits ripen and I'm going to keep the plants going as long as I can. I'll be moving the toms in pots inside the little greenhouse and taking the chilli plants inside the kitchen.
Today from the garden! Runner beans, cucumber, chillies and three tomato varieties. I think that will be the last cucumber for this year, I'll definitely grow this variety again 💚 There's still more runner beans and tomatoes to come, it's a race against time now for them to ripen before the weather turns 🍅
Black cherry tomatoes are coming in nicely, I love the autumn colours! I really enjoy growing varieties of fruit and veg that I struggle to find in the shops, these are so sweet and tasty.
More raspberries for breakfast! I'm scared of planting blackberries because I've had gardens where they've really become a problem, but raspberries are gorgeous. Low maintenance, nice yields and not too fiddly for little fingers. First year of raspberries and definitely planting more for next year 💚
A bee visitor on the runner bean blossoms next to the tallest sunflower. Swipe to see how tall he is compared to the rest of the garden 🌻