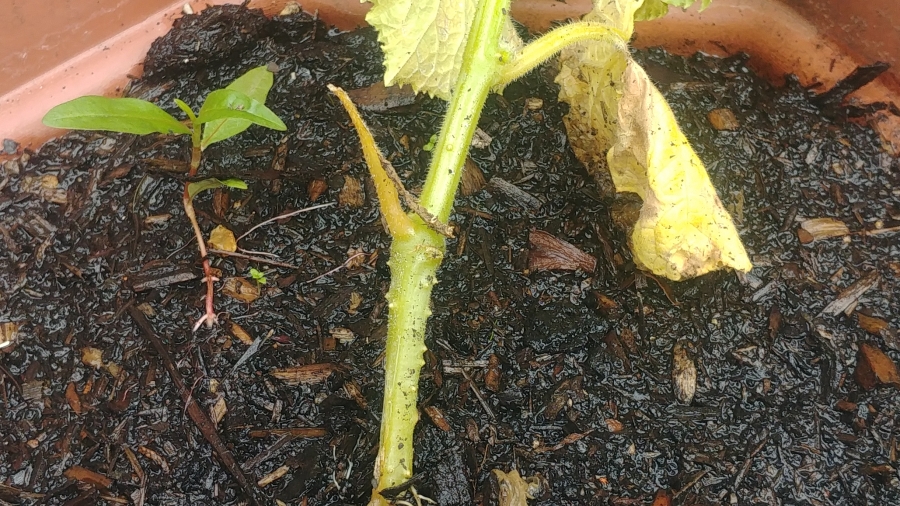 It has been a bad week. Normally I love sharing pictures of my garden but I’ve been struggling with other areas of my life and I didn’t feel like I had the time to go outside and look after my plants. When I did go outside, I found that a lot of the containers I had used for potting had flooded and the plants inside were struggling. The pots came with the house and I had been in such a rush to get stuff in that I hadn’t taken the time to make sure they had good drainage. Gardening is an aid for my mental health, but this week it felt like another pressure on it.

My tomatoes which had been doing so well now looked awful and so instead of being somewhere that rejuvenated me and made me feel better, my garden now was another area of life that was struggling. I didn’t want to be outside and I didn’t feel like I had the energy to sort it out.

Sometimes you put something out there and it doesn’t work out. Sometimes through your own carelessness, something you hadn’t even been aware of circles round and sets you back. Or you weren’t as good as you thought you were and you have to deal with the realities of your own incompetence. It can’t be summer all of the time. Life is always teaching you, and if you don’t pick the lessons up fast enough there can be consequences. Some people are shielded from these more than others, I personally have a lot of privillege compared to most people in the world and I’m trying to remember that right now while I’m finding things a bit harder to deal with than usual.

I’ve been working on a community gardening project with some neighbours that formed out of a neighbourhood whatsapp group. We’ve been putting raised beds into a church. The person who has been leading on this asked yesterday if any of us could come with him to meet the group that tends the church grounds. I knew this would be a bit tense because we had accidentally used their compost that they had been working on for years, so I decided to go with him so he wouldn’t have to bear the brunt of this by himself. It was the best thing I could have done. We spoke with the group who come in once a month to tend the grounds, and one of them was very angry at us, but we managed to resolve a lot of the tension. I met a lady called Yvonne who is a member of the church and also has her own allotment nearby. She was lovely and really into what we had done so far. She showed us pictures of her allotment and all of the things she liked to grow. In particular sprawling pumpkins and pots of bamboo, because they reminded her of Jamaica. I left the church feeling more fortified, even though we were laid into a bit, and much more able to get back on with my own garden. I am always learning from my garden and the people that this interest connects me to. People from all over the world, a lot of them with a much deeper understanding than myself of the land and of how things work. There are so many patterns you see played out in a garden setting that play out in a larger form on life.

Guess I need to get off my laptop, give myself a nudge and get my hands back in the ground again.

2 thoughts on “When things are a bit harder than usual”

Fried sage is one of my favourite things right now. Having herbs in the garden makes it really easily jazz up a meal and the butternut squash risotto was so good because of it 🙌
Tomato Tuesday! This year was a big improvement on last year for tomatoes in my garden, probably because there was more sunshine and heat. As summer ends it becomes a bit of a race against time to have the fruits ripen and I'm going to keep the plants going as long as I can. I'll be moving the toms in pots inside the little greenhouse and taking the chilli plants inside the kitchen.
Today from the garden! Runner beans, cucumber, chillies and three tomato varieties. I think that will be the last cucumber for this year, I'll definitely grow this variety again 💚 There's still more runner beans and tomatoes to come, it's a race against time now for them to ripen before the weather turns 🍅
Black cherry tomatoes are coming in nicely, I love the autumn colours! I really enjoy growing varieties of fruit and veg that I struggle to find in the shops, these are so sweet and tasty.
More raspberries for breakfast! I'm scared of planting blackberries because I've had gardens where they've really become a problem, but raspberries are gorgeous. Low maintenance, nice yields and not too fiddly for little fingers. First year of raspberries and definitely planting more for next year 💚
A bee visitor on the runner bean blossoms next to the tallest sunflower. Swipe to see how tall he is compared to the rest of the garden 🌻